Save to watch laterYou need to be SIGNED IN
to use this feature.

Lincolnshire Police’s PC Steven Denniss was walking his dogs when he saw a man standing next to a bench in a hooded top staring at a member of the public.

PC Denniss immediately realised this man was wanted for the murder of a young woman and her son the evening before. Both had sadly succumbed to their injuries after receiving multiple stab wounds at their home.

The off-duty officer let go of his dogs’ leads and approached the individual, who responded by attacking him. The suspect then ran and PC Denniss chased him, calling an on-duty colleague for back-up at the same time.

The individual turned back on PC Denniss as he was making ground, pulled out a knife and demanded his phone. As the two men were facing off, the suspect stabbed PC Denniss in the leg.

Despite his injury, PC Denniss continued to chase the individual as he ran again before other officers arrived and were guided towards their colleague’s location. He then assisted in clearing the public from the area for their safety whilst the suspect was arrested.

After receiving the award, PC Denniss said: “It is an amazing feeling now it has sunk in. We cannot forget all those people in the room tonight. People who have done some truly brave and outstanding things.”

Home Secretary Priti Patel said: “I am delighted to be able to celebrate with you, once again, the incredible courage of a remarkable group of police officers.

“Your work involves an extraordinary degree of sacrifice that should never be taken for granted. These awards play an important part in ensuring your deeds are recognised.

“I would like to thank the organisers of the 2022 awards, the Police Federation, and Police Mutual for their continued support for the event.”

PFEW National Chair Steve Hartshorn said: “Tonight, we heard extraordinary stories of bravery, selflessness & acts of courage that are not just part of the job.

“The bravery shown by these nominees is truly outstanding. From putting their own lives at risk to save others, facing violent attackers and terrifying weapons, to rescuing people from perilous situations in fast flowing water or stranded hundreds of feet in the air, they have faced danger head on.”

Kerry McMahon White, Head of Partnerships, Police Mutual, said: “I have been truly humbled reading the nominations for tonight’s awards and I am hugely proud to share each and every one of these stories with you. My congratulations go to all nominees – we thank you for your heroism.

“Tonight’s nominees are a credit to their family and friends, their communities, and the Police Service. We are always humbled by your outstanding demonstrations of courage.

“We wholeheartedly appreciate what you and your colleagues do and have immense gratitude for helping to keep us safe.

“On behalf of Police Mutual and everyone here tonight I thank you for your service.” 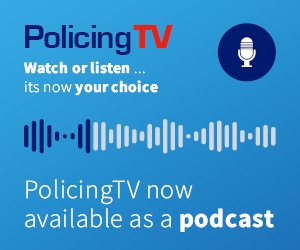 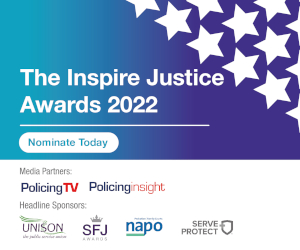 Top
We use cookies on our website to give you the most relevant experience by remembering your preferences and repeat visits. By clicking “Accept All”, you consent to the use of ALL the cookies. However, you may visit "Cookie Settings" to provide a controlled consent.
Cookie SettingsAccept All
Manage consent

This website uses cookies to improve your experience while you navigate through the website. Out of these, the cookies that are categorized as necessary are stored on your browser as they are essential for the working of basic functionalities of the website. We also use third-party cookies that help us analyze and understand how you use this website. These cookies will be stored in your browser only with your consent. You also have the option to opt-out of these cookies. But opting out of some of these cookies may affect your browsing experience.
Necessary Always Enabled
Necessary cookies are absolutely essential for the website to function properly. This category only includes cookies that ensures basic functionalities and security features of the website. These cookies do not store any personal information.
Non-necessary
Any cookies that may not be particularly necessary for the website to function and is used specifically to collect user personal data via analytics, ads, other embedded contents are termed as non-necessary cookies. It is mandatory to procure user consent prior to running these cookies on your website.
SAVE & ACCEPT